Mediums, spiritists, channelers, fortune-tellers, and psychics abound in our times. They can be reached through every form of media. Many people are tempted to turn to mediums in times of loss and grief (out of a strong desire to hear from a loved one), in times of transition or confusion (to help make life decisions), or out of loneliness and desperation when life has just become too much of a challenge and people are not reaching their goals. What does the Bible say about mediums and why should we be careful to obey it?

Why should we exercise caution and heed the Bible’s warnings about mediums? First, we know that Satan is a liar and deceiver from Jesus’ own words. “You belong to your father, the devil, and you want to carry out your father’s desires. He was a murderer from the beginning, not holding to the truth, for there is no truth in him. When he lies, he speaks his native language, for he is a liar and the father of lies” John 8:44 NIV. There are many deceptive practices in our times, and we need to be on the lookout for them.

Second, we know that part of his trickery is to come to people in a beautiful form as we’re warned by Paul in 2 Corinthians 11:14 NIV. “And no wonder, for Satan himself masquerades as an angel of light.” Mediums and channelers are often adept at looking like the light in times of darkness.

Third, both Jesus and Paul warn us that this deception will intensify the closer we come to Jesus’ return. “For false messiahs and false prophets will appear and perform great signs and wonders to deceive, if possible, even the elect”Matthew 24:24 NIV, and “The Spirit clearly says that in later times some will abandon the faith and follow deceiving spirits and things taught by demons” 1 Timothy 4:1 NIV. Mediums have always existed but our access to them now is as easy as a click.

For these reasons, we’re wise to be skeptical and cautious about anyone who claims to communicate with the dead, to channel relatives who have passed on, to predict the future, or to have “special knowledge from beyond” about our lives. There is nothing new about these practices or claims and also nothing new about God’s warning to avoid them, no matter how enticing they seem or how many beautiful promises they make.

What Does the Bible Say about Mediums?

When the Israelites were preparing to enter the Promised Land, it was already inhabited by a people who practiced all kinds of activities that were abominable to or forbidden by God. Repeatedly, He warned His people not to engage in or adopt those practices, as tempting as they would be. Who doesn’t wonder about the future? Who doesn’t wish to reconnect with a lost loved one who has died? Who doesn’t want a guarantee that they’re making the right choices? But there are dangers in seeking these things from those who say they’re in touch with the spirit world.

In Deuteronomy 18:10-12 NIV, God is explicitly clear about forbidding specific occultic practices. “Let no one be found among you who sacrifices their son or daughter in the fire, who practices divination or sorcery, interprets omens, engages in witchcraft, or casts spells, or who is a medium or spiritist or who consults the dead. Anyone who does these things is detestable to the Lord; because of these same detestable practices the Lord your God will drive out those nations before you.” These practices are precisely why God will command Israel to destroy the Canaanites and drive them from the land that will become Israel. This is how dangerous the practices are—the destruction of nations was necessary to eliminate them.

Leviticus 19:31 NIV forbids us from mediums, right in the midst of reminding us to observe the Sabbath, revere God’s sanctuary, and demonstrate respect for the elderly. We don’t consider the other commands to be antiquated or “out of fashion” so it’s likely we should continue to take the command against mediums as relevant for today. “Do not turn to mediums or seek out spiritists, for you will be defiled by them. I am the Lord your God.”

The Old Testament prophets also warn against consulting mediums with tones that suggest shock that anyone would consider consulting the dead when we follow, instead, a living God who is willing to communicate with us. Read what Isaiah says in Isaiah 8:19 and Isaiah 19:3, as well as Jeremiah in Jeremiah 27:9. In Kings and Chronicles, we see that through the series of kings who led the divided kingdom after Solomon’s death, those who followed God and prospered the nation eliminated mediums and occultic practices from the nation of Israel while those who were evil and led Israel into sin brought them back.

We serve a living God who holds our futures in His hands. He is all we need to understand wisdom, right living, prosperous choices, and the confidence to face tomorrow. The Holy Spirit is available to us through Jesus Christ. He guides, comforts, and instructs. We don’t need comfort or instruction from the dead because we serve the God who lives.

What Happens When Saul Consults the Medium at Endor?

In ancient Israel, during his reign, King Sau rightly expelled all mediums and spiritists (or necromancers) from the land of Israel. In 1 Samuel 28, however, Samuel has died, and Saul is suddenly full of fear of the Philistines.

Fear is a bad place from which to make decisions. We need to be careful when we’re afraid. Saul seeks answers from God, but God has departed from Saul, so he hears nothing from God or God’s prophets. When we don’t hear from God, it’s a good time to examine our hearts and lives for unconfessed sin. To repent. To press into the Lord and wait patiently for His response.

Saul does none of this. Instead, he asks his attendants where he might find a medium and they let him know there is one living in Endor. Saul disguises himself and pays her a visit in the night under the cover of darkness. He clearly understands that what he is doing should not be done so he hides under disguise and under darkness.

Saul asks the medium to conjure up Samuel from the dead. Samuel appears and has a message for Saul that because of his disobedience and because the Lord has departed from him, tomorrow, he and his sons will die in battle and Israel will be handed over to the Philistines. The kingdom has already been given to David.

Saul is weakened and terrified by this vision and does, indeed, meet his death in battle the next day.

Why Is the Bible so against Mediums?

The apostle Paul warns us in Ephesians 6 that there is much at work in the spirit world. “For our struggle is not against flesh and blood, but against the rulers, against the authorities, against the powers of this dark world and against the spiritual forces of evil in the heavenly realms” Ephesians 6:12 NIV. We don’t have eyes that see this work and so, we must trust in the guidance of the Holy Spirit.

Paul doesn’t encourage us to engage in spiritism in order to understand this world, but instead, to put on the “full armor of God.” These items—the belt of truth, the breastplate of righteousness, the helmet of salvation, feet fitted with the readiness that comes from the gospel of peace, the shield of faith, and the sword of the Spirit which is the Word of God—are our protection and our defense.

Christians aren’t warned to avoid mediums and spiritists because it’s malarky but because there is real power behind much of it, but it’s the power of darkness. This is the realm of demons, and we are not to call on demons for help and expect a good result. They are masters of deception, trickery, and lies. They don’t serve God and their goal is our destruction. Unfortunately, they disguise themselves as “angels of light.”

Satan in the garden successfully convinced Eve that God was holding back on her and possibly depriving her of something good through her obedience. Saul also felt deprived of what he wanted and felt that he was owed a word about his future, even though he would not repent and give his whole heart to God. The consequences for both Eve and Saul were not only devastating for them but also for many others.

The temptation to indulge in these widespread practices will be strong for many, especially, like Saul, at vulnerable moments, but the result of inviting the dark world of mediums and spiritists into our lives is devastation, not comfort and light.

God knows our future and holds it (and us) in His hands. Jesus is all the light we need. The Holy Spirit brings comfort, comfort that brings life. We must not engage with mediums or spiritists and we must teach others to avoid them as well. Not to spoil their fun or to block them from connecting with dead loved ones, but to prevent them from opening doors that lead only to darkness and more death. 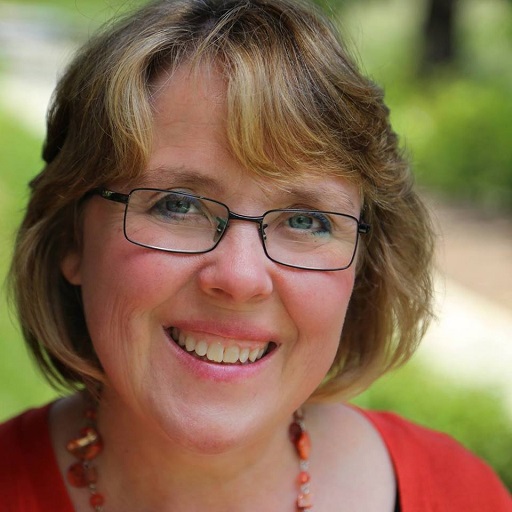 Lori Stanley Roeleveld is a blogger, speaker, coach, and disturber of hobbits who enjoys making comfortable Christians late for dinner. She’s authored four encouraging, unsettling books including Running from a Crazy Man and The Art of Hard Conversations. She speaks her mind at www.loriroeleveld.com.

This content first appeared on Crosswalk.com and is used here with permission. To view the original visit: https://www.crosswalk.com/faith/spiritual-life/what-does-the-bible-say-about-mediums-and-how-to-deal-with-modern-counterparts.html